I had planned my weekend before hand but only looking for a friend who is crazy enough like me to try a foreign cuisine. I called a friend and fortunately was available and we went to Likas Square for a Korean cuisine. I was always tempted to try Korean dishes whenever we had lunch at Graceville, Sembulan but haven't ordered it.

When we reached Likas square and entered the Korean restaurant, the restaurant assistants bow to us as a sign of Korean greeting. I bow too as a respect to their culture (although the assistants were local). 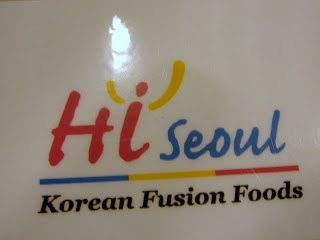 They were serving healthy foods as what was printed on the paper envelope. What was inside the envelope were a silver spoon and chopstick. 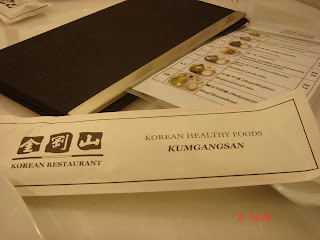 There are few of the pictures but I just took the picture nearer to our table. 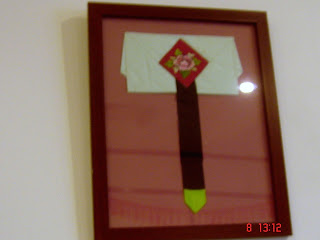 We called the waitress to tell us which dishes are popular and she recommended as to try the lunch set which have few dishes. I asked for pork ribs set and my friend tried Kimchi Stew set and another side dish which was Pan fried fish. 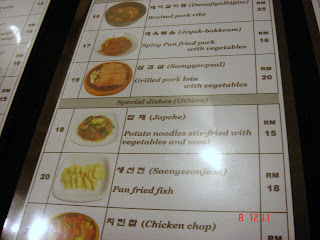 A very elaborate menu with pictures but you need somebody to recommend what dish to order. Good to the eyes but very different to the taste. 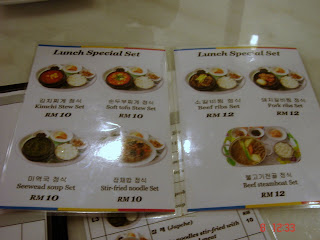 The Kimchi Stew set consists of mix vegetable soup, radish, black beans and chilli. The soup tasted like tom yam and the others just very foreign taste. Thankfully I didn't asked for this set. 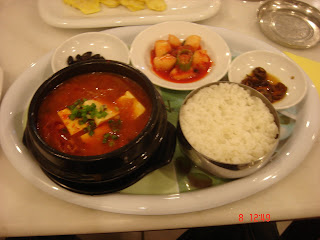 My lunch set called pork Ribs set which consists of Pork ribs, Radish (Lobak), black beans and julienne chilli. The Chilli and black beans were sweetend and there was no taste of hot chilli. 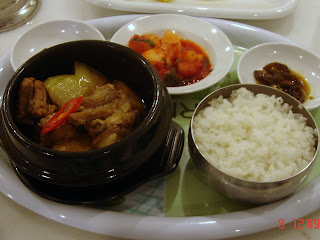 I was trying to taste the texture of fish in this Pan fried fish but I couldn't. I could not describe how the taste like.
Me : Lain rasa ini, macam ada gam bila dimakan. Kau rasa sedap kah? 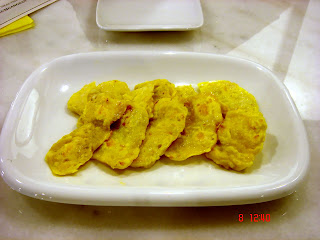 The radish was crunchy but the problem with me was to adjust to its taste. I don't like the taste of the marinate or gravvy. I didn't finished it. 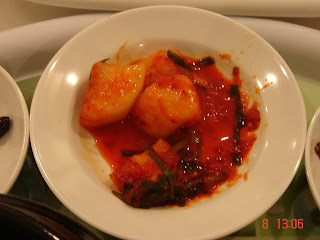 Although I didn't like much of the dish we ordered but the ambience and atmosphere of the restaurant especially the cleanliness was superb. I like the small sets of food served on a very small bowls and plates. It was not the last of my craving of Korean food as I had only tasted a small fraction Korean dish. My next outing would be trying Japanese food.

Posted by BUTIZA'ON at 7:43 PM
Labels: EATING OUT