LOVE BETWEEN FOOTBALL AND BADMINTON

It was a weekend with mixed drama as long as I am concern regarding my favourite games football and Badminton with entertainment popular TV shows starting with its first concert. 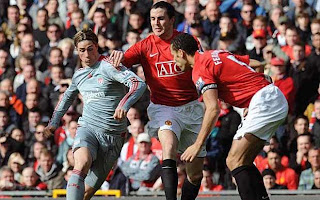 I was devastated when my favourite team Manchester United was trashed by Liverpool 4 goals to 1 at Old Trafford. Was it because of Wayne Rooney front page news of hating Liverpool did the damage as I believed Liverpool players played their gut out after Rooney’s comment. Manchester is still leading the EPL with 4 points a game less the other teams. If they can sustain their games and keep on winning these two months they will be the league champions again.

In Badminton, Lee Chong Wei avenged his all England defeat to Lin Dan by turning the tables on the Chinese player to win the Swiss Open Super series final last night. After watching the game, I thought he would loose to Lin Dan again but as the game moved on Chong Wei get his rhythm going with some fantastic drop shot from him. 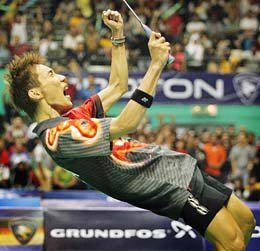 It was a double celebration when Koo Kien Keat-Tan Boon Heong defeated Denmark double in straight set. They lost to the same pair during the all England open recently. It was Malaysian double win in badminton for quite sometime and hope many win will come handy this year of the Ox.
Posted by BUTIZA'ON at 2:15 PM
Labels: GAMES