One In A Million grand Final come to a close last night with Tomok winning OIAM season 3. It cannot be denied that Tomok performance was really high rated with his experience of being boy band proves to his credit which became handy on this high level of competition. It was too much for rookies Aweera and Esther as their performance were just normal and the judges were rightly predicted Tomok as the next OIAM winner. 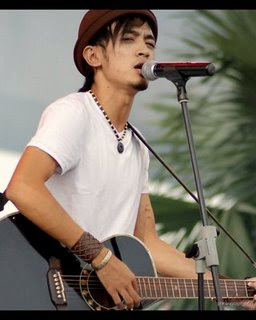 Although both Esther and Aweera did not win and taking into account that Tomok is already an artist, they will both be another ‘Faizal Tahir’ in the making. Aweera will be croning more on the rock music which have many following and Esther on her soul music or ballad songs. They will need more exposure and guidance from the management of OIAM (8tv), if they are contracted to 8tv, to be an artist and compete with the many new reality show artists to survive.

Although I voted for Esther to win the competition, I feel not disappointed as she lost to a very experienced and composed singer. I was a bit surprised by the dress that Esther wore as her top was bare in all the dressing that she wore during her performance. I thought it was banned for TV broadcast with any high level singing competition or any live broadcast. Did it cause her not to win the competition as our viewers are uncompromising in this area?