My Extended Morning Breakfast with a Friend

Ever since I was ‘unemployed’, I tend to sleep a bit longer as compared previously as I woke up as early as 5.00 am and sometimes around 4.30 am in the morning. I hated the traffic jam and would try to avoid it. I would be in the office around 7.00 am in the morning. My waking time now is around 7.30 am and 8.00 am but mostly at 8.00 am. My mobile phone rang at almost 8.00 am and I was still in bed.

Friend   :   Near Karamunsing area, sent my wife to her workplace and on my way back.

Friend   :   No, just came back from outstation. Wait for you near Scenario restaurant parking space.

I jump down from my bed and did a record time doing my morning ritual in about 15 minutes. I wore short pant as I felt more comfortable using it now. It reminds me of a friend who saw me wearing a creamy short pant and a white t-shirt and he called me ‘tuan’. When the British was governing our state the local people will addressed them as ‘tuan’. (Tuan - used in Malay as a form of respectful address for a man, equivalent to sir or mister. I thought it was not wrong to be addressed as such once in a while ... lol. I like to see someone wearing a white/creamy short pant and a white T-shirt as it looked clean, smart and tidy.

I stay just a mile or less from Donggongon town here in Penampang and it only took me a minute or two to reach the town. I had stopped for my newspaper and when I reached our meeting place, my friend was already there. I waited for him in my vehicle for the Wan-wan restaurant breakfast of fish soup noodles.

I am a person that put up a hand for a handshake when meeting friends but he beat me with his extended hand. I was surprised but took his hand as a compliment. It was long time haven't met him though.

As usual I will ordered noodle soup with fish filet with internal organ and my friend with his favourite Tom Yam soup noodles. Tom Yam is a spicy soup typical in Laos and Thailand. Tom Yam is widely served in Malaysia, Singapore and Indonesia, and has popularized around the world.

Literally, the words 'Tom Yam' are derived from two Thai words : Tom and Yam. Tom refers to boiling process (soup in this case). Yam refers to a kind of Lao and Thai spicy and sour salad. Thus, Tom Yam is a Lao and Thai hot and sour soup. Indeed, Tom Yam is characterized by its distinct hot and sour flavors with fragrant herbs generously used in the broth. The basic broth is made of stock and fresh ingredients such as lemon grass, kaffir, lime leaves, galanggal, lime juice, fish sauce and crushed chili peppers. 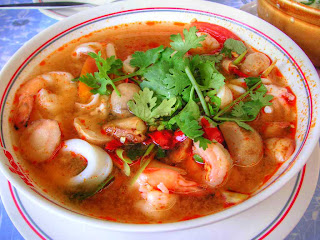 I never understand my friend how he likes that spicy Tom Yam soup and yet he still asked for a chili paste for dipping the fish flesh before consuming it.

It was Friday and my friend would be heading for his Friday prayer around noon but still had time to visit the Tamu Donggongon.

Tamu or Bazaar is the best place to watch local folks mingle as they do business. Fresh produce is often on display as well as a variety of unique delicacies. You can find just about anything there so it’s sure to be a shopping experience like no other.

As I was approaching a stall where I bought my Hawaiian Papaya every week, I saw the stall owner interviewed by a European man and she seem explaining something to him but too far for me to hear what was being said. After she was interviewed I asked her what it was all about. The European man was asking why our government was not letting them to bring the Mango fruits whenever they bought it and was not allowed when they tried to bring it out of the country.

Me   :   It is the government policy and some procedures should be followed.

Stall owner   :   Why did I think of that when explaining to him? 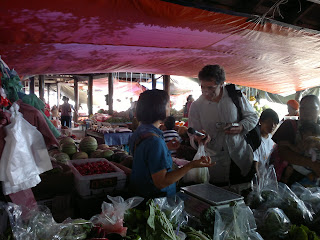 As we were strolling around the Tamu ground, I noticed a green leafy plant among the vegetables and a note was attached to it explaining that it could cure many types of cancer disease. Another plant with a soothing aromatic smell was sold that could cure someone with a resdung/nose ailment/disease and ear infection. 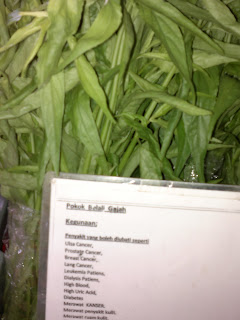 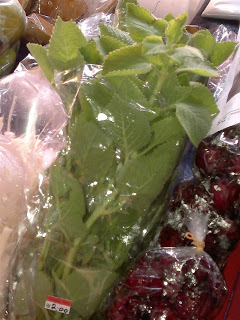 There was a bean shape-like called Terung Buncit which translated as Bloated Egg plant and since I haven’t tasted it before but was curious of how to prepare it to be eaten. 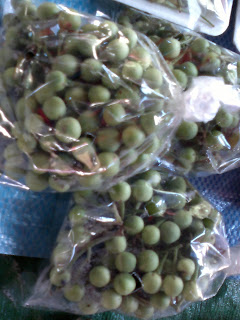 Stall owner   :   It is good to make sambal mix with chili and belacan (Shrimp paste).

Sambal is a chili-based sauce that is usually used as a condiment.

Eventually my friend bought a leafy vegetable that can be a good salad. Pluck the leaves, squeeze it and pour lime juice, salt to taste and chili as you prefer. I tried to warn him as the taste would be foreign to him but insisted to try it.

It was time for us to leave the Tamu ground and took some pictures for sharing with my readers my extended morning breakfast. 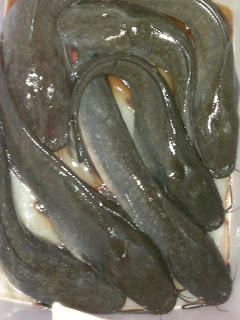 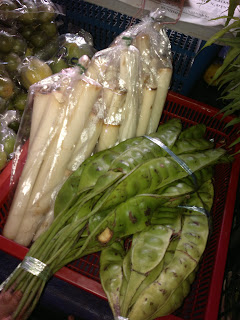 I truly wanted to write down a quick remark to thank you for these pleasant secrets you are showing at this website. My time-consuming internet lookup has at the end been rewarded with really good know-how to go over with my contacts. I ‘d express that we readers actually are undoubtedly blessed to dwell in a fantastic community with many outstanding individuals with insightful concepts. I feel rather grateful to have used the web site and look forward to tons of more cool times reading here. Thank you once more for all the details.