Love without Boundaries paints a colorful portrait of the unique stories of a young man who came all the way to Kota Kinabalu looking for his lost online girlfriend by the name of Casandra. He is 25 years old by the name of Terri from Kuala Lumpur. He arrived in Kota Kinabalu last Sunday and been to several places around the city especially around major shopping complexes looking for the girl. He got to know the girl through Internet networking service since two years ago and started sending email and sms after knowing each other for six months. He lost contact of the girl after her family member allegedly confiscated her phone which apparently causing her to be unable to contact him. 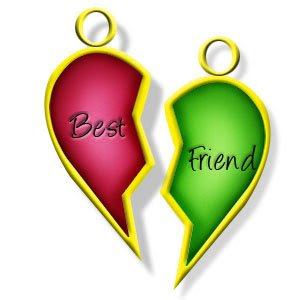 He said people are worried about me taking advantage of other people but he is purely to look for the woman who he fell in love. Although he never met Cassandra, he likens it just like a blind man would. He desperately hopes to finally meet Cassandra for the first time. If he does not meet Cassandra before he leaves the state by Sunday, he has message to her.

Some Internet users involved in online romances describe their relationship in these terms: "I’m a different person when I’m with him [online]" or "I’m happy and confident when we are talking online. I’m not like that any other time." These feelings might be incorrectly attributed to the relationship’s success, when the reality is that behavior has been altered through subconscious self-exploration. Once these relationships move off line, they often wane, since the magic (and the altering of identity) cannot be maintained without the online illusion.
Another complication of Internet dating is the use of the Internet as an escape. The Internet can become a fantastic and unreal world. Online, we are who we say we are, if only for a few hours. This escape from reality, however, makes online dating more difficult. Trish, a friend of a friend, ruined a potential relationship because fantasy caused her to be dishonest. Trish met a man online, and the online relationship quickly blossomed into an intense, intimate encounter. She had lied in the beginning of the relationship by understating her own weight by 150 pounds.

When he asked for her picture a week later, she worried about her lie, and sent a picture of a slimmer woman instead. In her mind, however, he would come to accept her physically once he fell in love with her soul. A few weeks passed, and the relationship intensified. He arranged to fly to meet her. She felt confident that her lie would be forgiven if she confessed in person. However, the woman he met was nothing physically that she had led him to imagine. He walked away angrily and refused to speak to her again. Distraught, Trish blamed society’s focus on beauty, not willing to realize that she had betrayed him by misrepresenting herself.
Posted by BUTIZA'ON at 12:24 PM
Labels: BLIND LOVE