Strong winds, believed the tail effects of Typhoon Molave that lashed the Philippines caused havoc around the State capital Sunday, uprooting trees, snapping trunks and sending huge billboards tumbling down according to the news reports. It started around 5.00 pm for about less than an hour.

In my place few bananas trees were uprooted as well as my doghouse was turn upside down and rain water sipping through the louvers. I was hopping that it will not ripped off the roof of the house. After the wind subsided I cleared the debris left by the tail of Typhoon Molave. 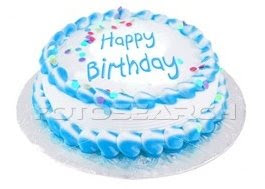 I made reservation for my birthday dinner (19 July) with another set of family members and was crossing my finger that the tail of the Typhoon will not re-occur again as the dinner was at 7.30 pm. Thankfully although still raining but not heavy, the dinner was held without the thought of any untoward incident. I did received a few birthday wishes friends and family members and thank them for remembering my birthday. It happens that my birthday falls on Sunday this year.

Today, Monday I received email wishing belated birthday, which was broadcast amongst my colleagues, which later became a chat session for a while. I was suspecting something when a woman colleague asking for lighter and whispering amongst the staff. Later they brought a cake with candles lighted to my desk with the staff singing the birthday song. Although I was suspecting something going on, I was embarrassed that they brought it to my desk and at the same time singing the birthday song. To appreciate their good gesture I follow their demand to blow the candles and some pictures.

Although embarrassed, I would like to thank my entire colleague who bought the cake especially all the ladies who did the surprise of a lifetime. Thank you to all.
Posted by BUTIZA'ON at 3:00 PM
Labels: My Birthday