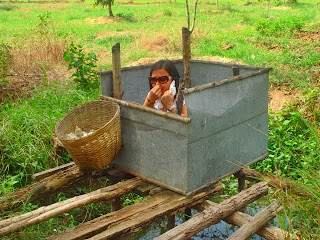 Apa Kau rasa .... Oren!!!
When you are in desperation about what was experienced by the lady, you will not in any way care about anything at that time. I would like to share with you about a friend when I was attending a course in Kuching few years back. We were in a bus going back to our hostel when a friend abruptly stop a bus and descended from it and ran to the nearest shop. We were all concerned about him due to the fact that we were all new to Kuching then but since the bus moved on then we just prayed that he would be back before dark.
Posted by BUTIZA'ON at 7:04 PM
Labels: FUNNY