BE SATISFIED OF WHAT YOU GOT 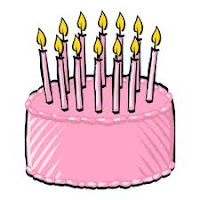 I was relaxing at home during the weekend and at the same time surfing the internet when I received one SMS from a relative asking where to buy cake at that particular area as he was asked to get one for his grandmother. Usually it is done by the ladies to buy it as they are more ‘qualified’ to buy the best cakes. The cake was for the Mother’s day gathering at their grandmother’s residence. Since he doesn’t have a car so I volunteered to accompanied him for purchasing the cake but he reminded me that his birthday falls on that day also.

Before fetching him, I bought a cake to surprise him for his birthday but just leave it plain without birthday wording written on it. I asked the shop assistant to give me two prepared wording that you just stick on the cake, one with mother’s day and another Happy Birthday’s as I thought he would share the cake with the mothers.

He insisted to have the happy birthday wording inscribe on the cake after I gave him the cake. He bought a smaller cake for the mothers instead.
It was a day after mother’s day when I called him and he thanks me for the chocolate cake.

Relative : Grandma gets a big Cake for Mother’s day.

Me: Give chance to your Grandma to enjoy getting big cake as time is not on her side. You have a lot of time to get all the big cakes as you’re still young.

Relative : He he it’s true.

Moral of the story : Be satisfied of what you have attained and let others enjoy especially the elders.
Posted by BUTIZA'ON at 11:15 AM
Labels: GENERAL