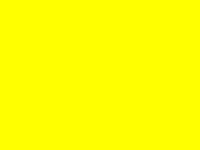 Early morning of Saturday as usual I wake up and decided to have my breakfast at ‘WAN WAN RESTAURANT’ with sea food noodle, fish slice plus fish stomach. After I bought a newspaper and drove to the restaurant about three KM from Donggongon town but was stuck in a traffic jam. I saw there was a road block before the Pineapple roundabout less than a KM from the town centre by the traffic police.

I was wondering why there was a road block and remembered that there was a news report regarding a woman who jumps to her death at the new shopping complex (Donggongon town) after some misunderstanding with her friend. I thought there was some lead to the investigation and the police was blocking the road for that case. She was the second victim who jump from the complex after it was open to the public.

After passing the first road block, there was another road block near the Hongkod Koisaan building but at the other side of the road leading to Donggongon town. I saw there was many police personnel at the KDCA building which I think were their operation centre.

I was seated at the restaurant and after ordering my breakfast; I opened the newspaper and read about the advised by the police to the public not to get involved in the BERSIH RALLY 2.0. That was why the entire road blocks by the police force were enforced.

There were some who commented on the Facebook that they felt safe with all the road block which will deter bad people to do bad things and at least control the flow of illegal immigrant whereabouts.

It was reported in the newspaper that there was no illegal assembly that was held in Sabah according to the Sabah commissioner of police. In the national capital at least more than a thousand were roped in the illegal BERSIH rally.
Posted by BUTIZA'ON at 10:37 AM