READING 3 STORIES AT THE SAME TIME 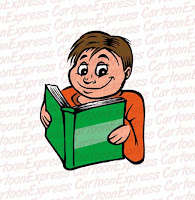 If you would like to know what I do during my free time, I really like to read and watch serial drama but I read a lot.

Most of the time I am trying to find good free stories and it happened that I found one which is quite interesting. When I look for stories I would look for stories that have a lot of chapter and each chapter has a big file.

I’ve been reading this stories which have seventy chapters and by the look of it, the story is not yet completed and I think few chapter would be coming up. Usually when I read a story I will not read its synopsis of each chapter but decide to read on one of the chapter and read that another story was written related to the story but the main character portrayed was with the other individuals mention in the stories. Actually there were four different stories but all are related to the other stories and if you haven’t read the other stories then you will be lost of what the stories is all about.

Presently I am reading three of the stories and every now and then I will move to the other stories randomly depending on how the stories go. The stories main character as from the stories I read was concentrated on four characters that are the Governor (Daniel Sr) his son Josh, Jacob who was shot but later diagnose with having cancer and Eric who shot Jacob but given pardon by the governor and he later donated his kidney to Jacob. I haven’t started reading the other stories as I cannot have time for everything as I have to work.

At the same time I am watching serial drama (6 Disks) but I was contemplating of returning it back and get another but decided to watch it last Sunday. I was trying to absorb myself to the story line before and still I don’t like it very much but I don’t know what happen as when watching another chapter found it interesting. I decided to watch it again and probably will not return it. (I did posted here about the agreement I made with the shop selling the Disk)

I will give reviews of the drama I am watching now in my next posting.
Posted by BUTIZA'ON at 10:29 AM
Labels: GENERAL