TRADITIONAL PRAYER BY A BOBOHIZAN

SANDAVANG - pieces of metal and some says pieces of human bones tied together used during the chanting of prayers by Bobohizan. 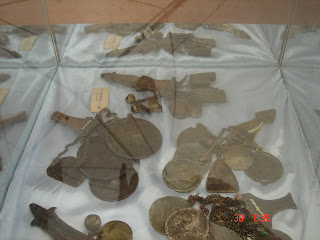 The most basic items used for the ceremony are a gantang of rice, paddy seeds, knife, a jar of alcoholic drinks, chicken, pig and many other things. Usually it depended what type of prayer was about also. This is only my observation and might be not totally correct. 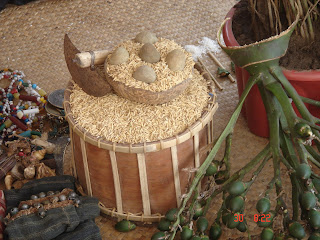 The ceremony begins just after sunset and the bobohizan or priestess and her attendants sit on the floor in the living room and start chanting prayer. This goes on far into the night and it depended wholly by the bobohizan whether gong is beaten throughout the ceremony. 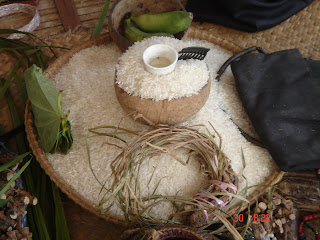 A mixture of metal and some says bones from human were used for making sound as the bobohizan chants prayer with her hand moving the metal and bones to make a sound, a very eerie sound indeed. The object is called the Sindavang and nobody could use it except the bobohizan. 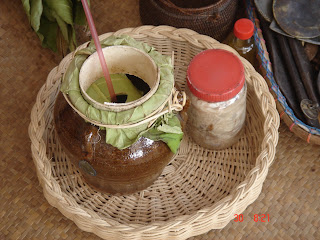 The ceremony ended the next day with the merry making as a mark of thanksgiving. Part of the cooked food like the chicken and pig was given to the Bobohizan and attendants as a token of appreciation to them. 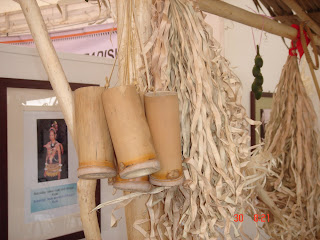 It was some of my vivid memory of the traditional prayer and the memory of getting the food my grandmother get as an attendant to the bobohizan.

Posted by BUTIZA'ON at 9:55 AM
Labels: TRADITIONAL