I was reading through our local newspaper today when I read one article about a new clone of pink Guava, which weighs at least a kilogram according to the report. The federal Agriculture Marketing Authority of Malaysia (FAMA) has chosen the variety as the fruit of the year and will intensified its promotion to market the fruit in every fiesta locally and overseas.

Guava can be eaten as dessert or salad and served in slices. Guava juice or drinks are also found in the supermarkets and also used to make ice creams and many other types of creation made from guava fruit. 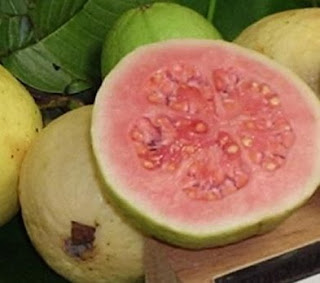 I would like to share with you how during the time when I was a small kid, we used to eat the many types of wild Guava at my village. Almost in every house you could find the wild Guava trees, which grow by itself due to the present of animals, and human who throw away the fruits. The guava fruit trees that was plenty then was those with small type fruit (village type) with ¾ were of seeds. It was rare to find ripened fruits as it was eaten before it ripened and sometimes we used it as a bullet for our catapult to hit birds. The fruit was really hard and when it hit the target for instant a bird, it died instantly. 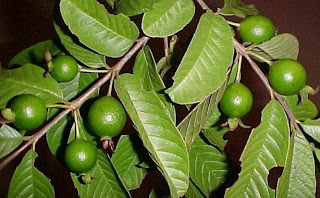 There was a time when you eat too much of the hard like rock guava fruit and later you played a game of football all afternoon, you will find later especially in the morning that you won't be able to past motion. The guava seeds were well compacted after the running and all the jumping, it harden your faeces and in a way it will be hard for a smooth passing of motion the next morning. 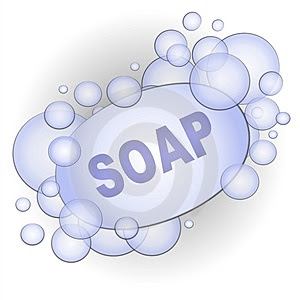 After crying and telling your mother that you cannot past motion, she would sharpen a bar of soap just barely could be pushed inside your anus until your hole becomes slippery and the hard faeces could be pushed out. It is most embarrassing but when you are at that situation, you will not be embarrassed as long as it leaves your system.

Anyone for wild guava?
Posted by BUTIZA'ON at 11:52 AM
Labels: Local Fruit