Happy belated New Year 2009 to all. I didn’t post anything the last few weeks as most bloggers does the same thing especially every end of the year. Hopefully with the year of the Ox (Chinese Calendar) which the sign symbolizes prosperity through fortitude and hard work. Those born under the influence of the Ox or Buffalo are fortunate to be stable and persevering. The typical Ox is a tolerant person with strong character.

Not many people could equal the resolution and fearlessness that the Ox exhibits when deciding to accomplish a task. Ox people work hard without complaints at work or at home. They know that they will succeed through hard work and sustained efforts, and do not believe in get-rich-quick schemes. Hopefully I will be hard working this year just like those people born under the Ox of the Chinese Zodiac.

I attended Christmas Eve night mass on the 24th December 2008 for the 8.00 pm mass not at my usual Church but different church which start earlier. As usual we depart from home just after 6.00 pm and reached before 7.00 pm but alas it was already full but luckily there were still some empty chairs outside the Church. The mass ended less than two hours and it was a fine weather, which made the mass celebrated smoothly. 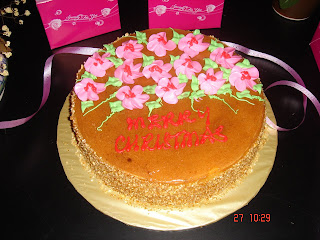 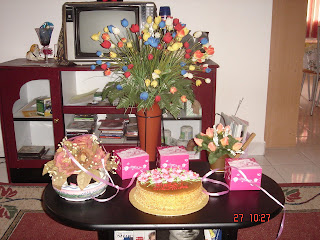 Every year I was very fortunate to have understanding family (Siblings) and every year I was called to their home for lunch or dinner. I spent my Christmas time at home this time as my mum was often sick. Usually I don’t prepare much but this time I did prepare some drinks, cookies and cakes as my family members will pop in uninvited with their children but this time I was well prepared.

Some of my family members came to wish mum Merry Christmas and they did brought with them some tit bits and what have you. In the evening my mum grandchildren and great grandchildren came too and I missed my elder brother invitation to his house for dinner.

Waiting for the year to end and welcoming the New Year with BBQ was like a tradition amongst family and friends. We were at my sister’s house for the occasion with BBQueing, Cha-cha dance and firecrackers. 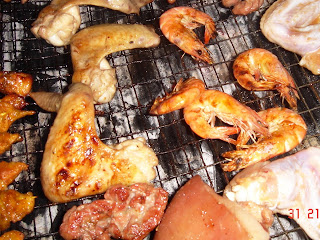 Bathing and dipping yourself in the new year was no longer practiced and I remembered my parent asking to take a bath every new year. Time changes and so are we ….. 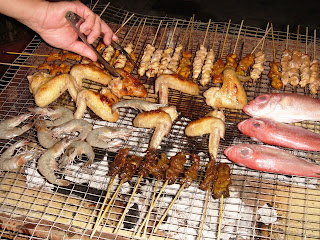