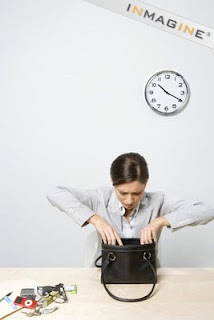 My understanding of the suggestion by the Deputy Minister of health regarding the protection of HIV to every woman in the country is simple .... '' ok if you're HIV positive, not to worry i carry condoms .... ". Interesting .... how Malaysian woman will react to this! ..

Malaysian women urged to carry condoms;
The Associated Press
Published: May 31st, 2008 11:08 PM
KUALA LUMPUR, Malaysia -- Malaysia's deputy health minister urged every woman in the country to carry a condom to protect against HIV, the virus that causes AIDS, a news report said Sunday.
"This is not to debase them but to protect them. Women are the first ones to get exploited by their (HIV-positive) partners," Abdul Latiff Ahmad was quoted as saying by the Sunday Star newspaper.
"But this is just a suggestion, it's up to them."
Abdul Latiff made the remarks to coincide with the International Aids Memorial Day, which was celebrated openly Saturday for the first time in the Muslim-majority country in a bid to reduce stigma for victims. In the past, the event was held behind closed doors.
Last year, 745 Malaysian women were identified as HIV-positive and 193 women were diagnosed with AIDS, he said in the report.
Officials have said nearly 81,000 Malaysians have been infected with HIV. Less than 10 percent of them are women, but the number is steadily rising.
Abdul Latiff and other health ministry officials could not be reached Sunday for comment.
Malaysian AIDS Council President Adeeba Kamarulzaman was quoted as saying besides sex workers many women who contract HIV are housewives, infected unknowingly by their husbands.
"It's not that people don't know that condoms can protect them. But there are some men who do not care to take the precaution, even though they know they have HIV," she said.
Posted by BUTIZA'ON at 6:36 PM
Labels: Malaysian Woman to carry Condoms