KE NEXT TOP ENTERTAINERS final was successful in the sense that it was their 1st competition and the KDCA hall was nearly full. There was glitches here and there but as it was their maiden competition, that was a good effort on their part to move to the next level of producing a very talented and credential artists. 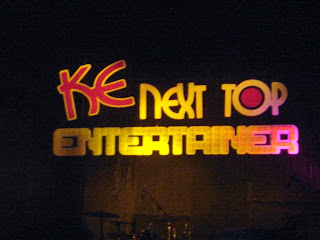 The selections of songs by the finalist with a little bit of modifying the original songs to suit with trendy and upbeat tempo was credible which proved our singers are on par with the rest of the more established singers. As can be seen at the KE final, more singers from this competition are more eligible to compete in a high level competition in the future. 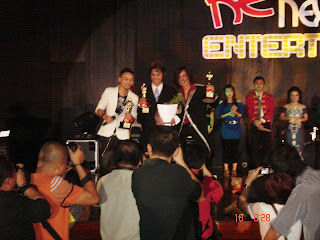 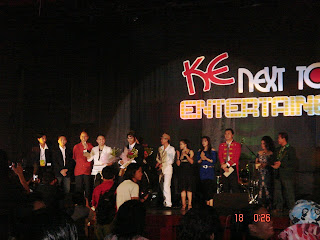 The winners of the KE NEXT TOP ENTERTAINERS are Carrey Oliver as the winner, Faraday Ongkuling and Afred as the 1st and 2nd runner-up respectively. Congratulation to the winners and bravo to the organizer of the KE Next Top Entertainers and looking ahead for another competition next year.
Posted by BUTIZA'ON at 9:16 AM
Labels: ENTERTAINMENT