SELLING A DOG WITH SKIN DISEASE

Dog meat is said to be favoured for its flavour and supposed health benefits, including the belief that it warms the body during rainy season. I remembered, when a group of elders discussed about eating dog meat and usually they will select a date during rainy season.

When a date was set, by that time a dog was found, they will look for spices and of course alcoholic drinks. Usually they will use Chinese herbs and spices and the dog meat cooked dry. I did eat dog meat but only in small amount and usually I look for the small cutting meat just to please friends at that time. 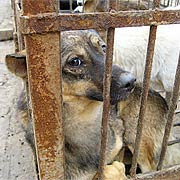 I would like to share with you a humorous but pitiful story that involved between two friends. Youngsters in the village who have not found a job will have some problem with extra money and will not burden their parents of asking money from them all the time.

There was one time that these friends needed money desperately and at that time there was a popular restaurant who would buy dogs for their meat. There was a dog, which belongs to one of the friend, and they decided to sell it to the restaurant. The problem was that the dog has skin disease all over its body except for the head. 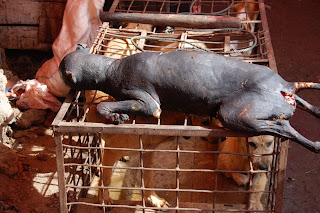 
They caught the dog and put it inside a gunnysack and went to the restaurant to sell it. They discussed about the price and agreed the price of RM30.00. Before the restaurant owner paid the money, he needs to see the dog first. 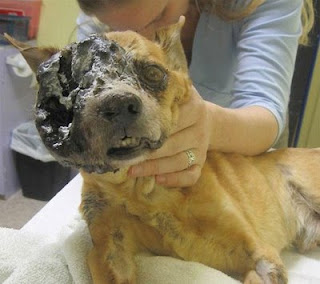 So they opened the gunnysack and just let the dog’s head pop out while the dog tried to get out. So when the towkay saw that the dog’s head was clean without any sign of skin disease he paid them the price. After they received the money they quickly run away afraid that the towkay opened the gunnysack and realized that he was cheated.
I was thinking what was the reaction of the restaurant owner when he saw the condition of the dog.
Posted by BUTIZA'ON at 8:12 AM
Labels: ANIMAL

I recently came accross your blog and have been reading along. I thought I would leave my first comment. I dont know what to say except that I have enjoyed reading. Nice blog. I will keep visiting this blog very often.