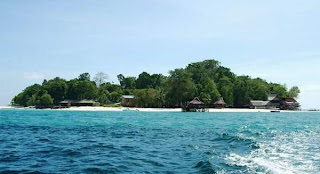 Sipadan is one of the 261 nominees in the new 7 Wonders of Nature online campaign alongside other natural attractions such as Ko Phi Phi in Thailand, the Grand Canyon and Niagara Falls in the United States and the Great Barrier Reef in Australia.

Sipadan was nominated by divers that have been there before and is a gem beneath the sea known among divers worldwide. Malaysian should be proud of it and vote for the new wonder list.

Malaysians in Sabah should give their support to this online campaign at;

and create awareness among others to do the same. Let us join hands to vote on this global online campaign.
Posted by BUTIZA'ON at 8:26 AM
Labels: SIPADAN