A debt collector have gone to collect from a debtor but at the same time molested and embraced the debtor. He was apparently overcome by the temptation of taking advantage of the woman who is said to be sexy and beautiful.

As he was molesting the debtor, the woman’s brother caught him in the act, who grabbed a dagger and attacked him severing his hand in the process. 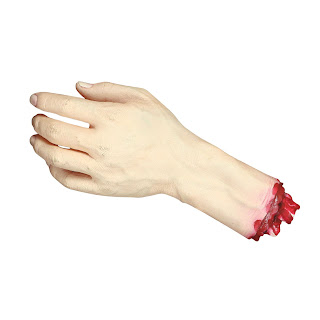 Policeman who was on beat duty and saw him bleeding profusely after he fled the house took him to the hospital. They were looking for his hand.

There was a one-time story spread around my village a long time ago about a debt collector involving a woman villager debtor who always found a way to re-schedule her payment. She would always attempted to seduce him and offering some romantic gesture, which was always effective. It was not known whether sex was offered.

Did the debt collector was offered sex before the brother caught them in the act? You to ponder and decide!
Posted by BUTIZA'ON at 8:10 AM
Labels: POINT TO PONDER