As promised I posted pictures of a cultural experience at Sabah Museum’s Heritage Village which will end today. I will focus my visit with the rarest ethnic groups of Sabah and singled out in this case the Bonggi people, who mostly live in the island of Banggi, Kudat. 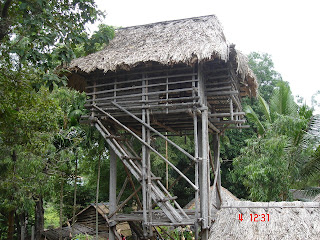 The first thing you saw when you enter the compound of the Heritage village where most of the traditional replica houses were built was the stand-alone tower of the Bonggi tribe. I did not have the opportunity to ask why there was a stand alone tower upfront the house since there was nobody manning the house at the time. I had this impression that the elevated tower was used as a place to escape from dangerous wild animal or something to do with a place for the villagers for the look out from their enemies. 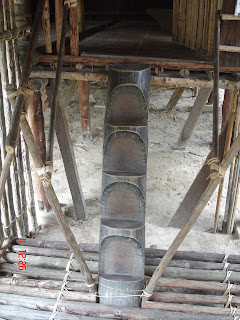 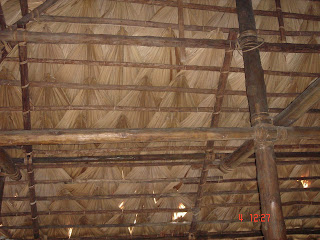 When I entered the hut I noticed a master-piece of polished ladder beautifully invite you to step on it to the main hut. It was beautifully sculptured and remembered at one time I used to climb on it at our ancestors house a long time ago. 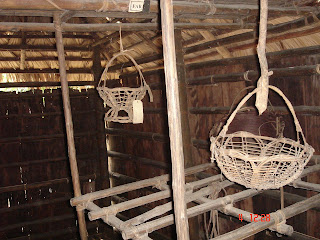 It was indeed surprisingly interesting to see the unique traditional Nipah-roofed as compared to the popular Sago palm roof of the other traditional house at the heritage village. The wall of the house was made from the bark of a tree and it must have been a quite a job of removing the bark from a big tree. 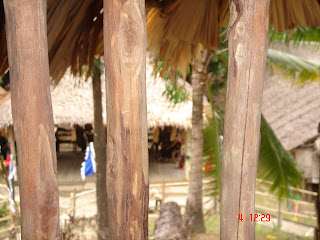 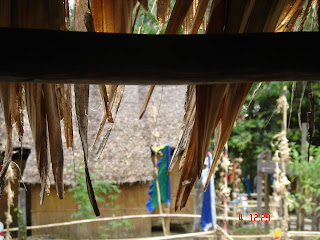 It was very beautiful scenery and view of where the Bonggi house was built at the heritage village as can be seen from the verandah of the Bonggi house with tourist appreciating the uniqueness of the traditional houses which can only be seen of the natural charms of Mystical Sabah. 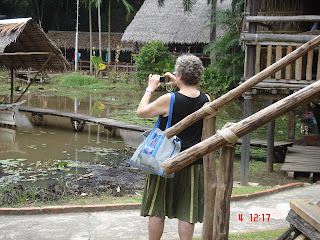 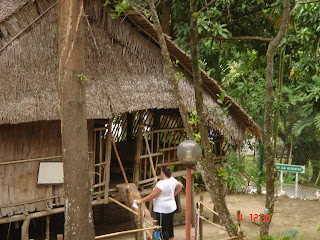 Every time I come across a place where skulls are kept reminded me where a neighbour kept skulls at the roof of the main house. Although we were neighbour at the time, I tried to avoid going there because I was horrified to see the skull hanging on the roof of the house. 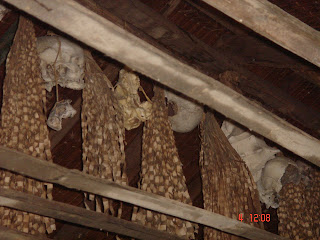 I was taught and brainwash during those time that we must not be disrespectful towards the head or a skull or be punish by the spirit of the dead and probably get sick. I was also made to understand that to profit of the mystical benefits the head must be treated with the proper ceremony, and rites ensuring the successful victory enable the spirit dwelling in the skull to become friends, guardian to the warrior and of his family.

Headhunting was a way of earning prestige, fame and hero in those years and the number of heads or skulls proves the prowess of its inhabitants.
Part 2 - coming soon.