One month ago I went to the Lokawi Wildlife Park about fifteen minutes drive from my place. It was opened quite sometime but only manage to visit it just recently. It was noon when we arrived at the park and missed the animal show which was at 10.00 am according to the park staff manning the ticket boot. 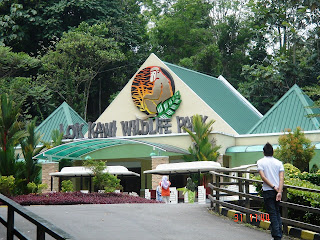 The park covered a wide area of virgin jungle with signage everywhere which makes it easier to find animals enclosure easily. Since it was in the afternoon and the area was big, we were selective of the animals to watch as it was really very hot. 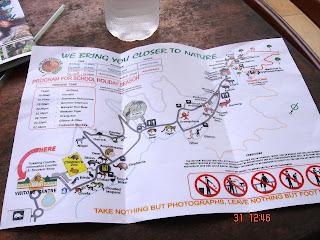 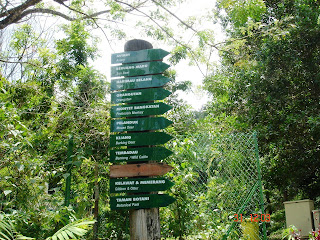 Don’t be disappointed if you thought the enclosure or cage are empty but if you look properly, as what happened to me, the animal was somewhere inside it. 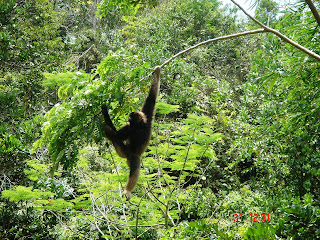 What amazed me about the animals were their antics when you tried to take their pictures especially the Tortoise, Orangutan and Monkeys, it will moved closer to you or they will start doing a pose or hanging waiting for you to take the pictures. 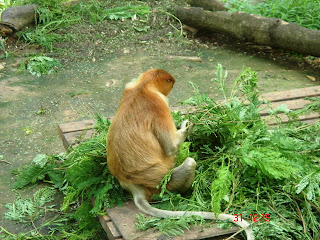 The proboscis Monkey was having its food and tried to distract it to turn around so that I could take its face but failed. 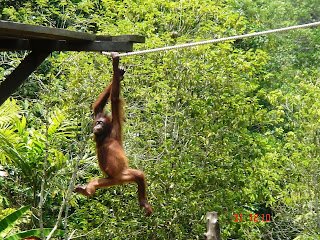 They were really great as if they were posing for you and the pictures were just great as I was only using ordinary camera. The only drawback about taking pictures at the park was about the wire mess used to cage the animals. 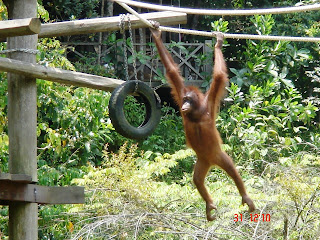 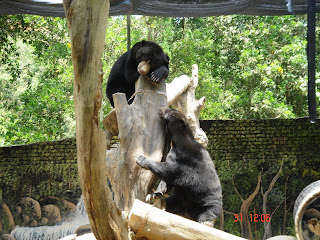 If you intend to watched the feeding time and animal shows be at the park around 10.00 am and if you visit during dry season and spend longer time, it is advisible to wear hat. 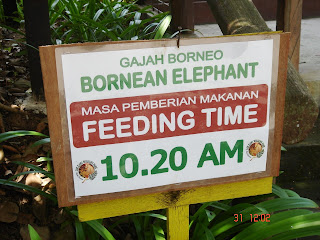 Since only part of the park we manage to visit maybe another visit will in order and hopefully more animals to be added at the park. I enjoy my first Lokawi wildlife park and hope you will visit it if you happen to be in Kota Kinabalu. 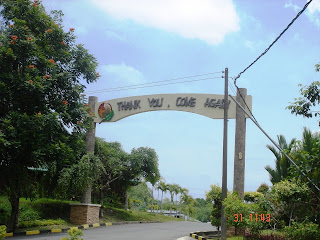